The Truth Will Set You Free….But First It Will Make You Miserable…

My dear Husband is turning 50 in December.  Right before Christmas.  It should be against the law to have babies in the month of December – but despite my complaining about this EVERY year – he still keeps having birthday’s.  This year is the BIG 50.  It is a HUGE landmark – and we plan to celebrate with all the trimmings.  I’m very glad to do this – you see he’s YEARS older than I am – and I don’t plan to hit that HUGE landmark in the very near future – Nope – I was a mere child when he married me.  And he will have to go it ALONE.

We’ve been reading Bill Cosby on the subject of “aging”.  Bill Cosby was turning 50 when he wrote that book – and it’s hilarious to read his accounts of the old body breaking down and not doing what it’s supposed to etc.  And HE was an athlete in his younger days!!  Not much hope for the rest of us.  I think Greg really realized that he wasn’t 20 years old anymore about 10 years ago when he was playing on a city softball team.  He found out (rather painfully) that the old throwing arm was NOT going to cooperate anymore.  Period.  Almost blew out his whole shoulder.  That’s when he knew the “good old days” were gone forever.

And those extra pounds that just appear? None of us are immune it seems.  I was reminded of a book we have had on our shelf for years – written by the late Jaime Buckingham – entitled “The truth will set you free…but first it will make you miserable”.  If you can get your hands on this book – it is HILARIOUS and well worth the read.  He covers everything from church politics – to aging and being a husband and father.  There is this one chapter where he talking about becoming older and gaining the old “love handles” that guys so often get after a certain age.

I consulted my friend, Harvey Hester, who is a psychotherapist.  Other than the fact that he was definitely neurotic, had a sick sense of humor and was fatter than I, I felt I could trust him.  He suggested a test I could perform to determine whether I really needed to lose weight or not.

“A lot of fat people are actually in marvelous shape,” he said, mentioning Russian weightlifters and those big Japanese wrestlers who wear diapers.  He said I should strip off all my clothes and lie down flat on the floor.  Then I should push myself up into a headstand.  He said if I had problems with this, I should get my wife, Jackie to hold my feet to steady me.  If she broke out into gales of laughter I should ignore it and continue the exercise.  (Statistics prove that very few wives are capable of holding the feet of their naked husbands, while they are standing on their heads, without giggling.)  the other thing he told me to watch out for would be her tendency to tickle me behind the knees.  In fact it would be best if I could learn to stand on my head unassisted.

The purpose of this, he said, was to test my physical responses.  Temporary deafness and nausea were to be expected.  These are merely symptoms of middle age.  The thing I should check for, he pointed out, was blindness.

“If everything goes dark and you have trouble breathing, you have a serious problem,” he said seriously.  “It means your fat has slipped down and covered your head.”

He then broke into hilarious laughter and staggered out of his office clutching his sides, repeating his sick joke to all the people waiting in his front office.  Most of them laughed so hard they got healed and didn’t have to keep their appointments, meaning he lost hundreds of dollars for which I was glad.

Have an AWESOME day – and don’t worry about the truth about getting older – it happens to all of us – eventually.  And there is freedom in admitting it – but first it WILL make you miserable.

Comments on: "The Truth Will Set You Free….But First It Will Make You Miserable…" (8) 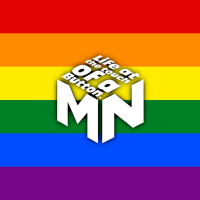