Last night I watched a movie about a terminally ill man.  The man was in his forties – was divorced and had a 16-year-old rebellious son.  In one scene he collapses and ends up in the hospital – talking with a young nurse on night duty about his regrets and his life.  He tells her about his son – his painful divorce and no one to love him.  She asks him what he would do if he knew he only had 4 months to live and he tells her, “I’d build a house”  She feels compassion for him and reaches out to touch him.  He pulls back and tells her that he’s uncomfortable with touch – because no one has touched him in a long time – in fact he couldn’t remember the last time someone in his life had done that.   A look of understanding comes across her face and she quietly closed the curtain that surrounded his bed and then sits down next to him and touches him. She lovingly strokes his head with her soft hands and lets him feel her warmth as she placed both her hands on his face – on his cheeks.  It was one of the most moving scenes I have ever seen in a movie – there was no sound from either of them – just simple, tender human touch.

I have known people like this in my life.  People who desperately needed to be loved and touched.  Those that for their own reasons – shrink back from people touching them – even though they really need it.    I can only imagine that they are ‘prickly’ and pull away because of fear – fear of rejection or of being hurt – or maybe because of a bad experience – an abusive parent or harsh teacher – an angry boyfriend or girlfriend – or maybe even a physically abusive spouse.  I even knew one male friend that barely escaped with his own life from an abusive and mentally disturbed spouse.  These events and more can make people feel ‘unloved’ and cause them to pull away from touch and love from those around them.  A hug might be no big deal to you and me – after all I give them everyday – to my husband and kids – my friends and students – but I always know the ones that have a hard time accepting my touch – my love – any physical form of connection – such as a hug or simple squeeze around the shoulders – or on the hand.  And yet – I know it is very important that they feel it.  And it is very important that I touch them – anyway.

Jesus touched people.  The unlovely.  The sick and diseased.  The ones that others would turn away from.  He reached out – and touched them.  And in that simple act of intimacy – people were healed – both emotionally and physically.  Jesus healed people from the inside out.  His touch was like a healing balm of oil poured on their heads and it released something sick and dying inside – all with a touch.

There is power in touch today.  Ever have a good massage?  That touch is healing and releases something tight and pent-up inside your muscles.  If done right – and deep enough into the tissue people have actually been known to cry – something is released and even deep memories of past can be brought out.  It is not unusual to have people become emotional during a massage – because sometimes it is just what that person needs.  The loving touch of someone.  Gently stroking those tired and sore muscles – going deep into the stress and fatigue of everyday living – of regret and heartache.  Bringing relief – bringing joy and release.

How much more important is it to touch those we love?  How important is a hug, a caress, a kiss?  It is HUGE.  We need to touch our kids – hug them lots and make sure we express something through our gently, loving and much-needed embrace.

The human touch.  The healing embrace.  The caress that says much more than mere words can.  The silent love language of touch. It is still needed as we grow and mature into adulthood.  Sometimes more so if you didn’t have it much as a child – or if you’ve been through something traumatic and painful.  The touch that says, “I see you.  I care.  You are valuable to me”

Change: The Only Constant

Comments on: "Your Healing Touch" (6) 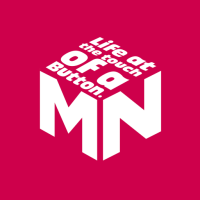 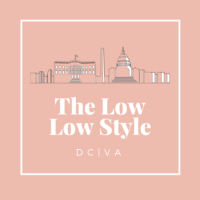 Godinterest Magazine covering faith, culture, life and all that other stuff